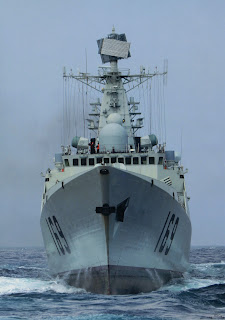 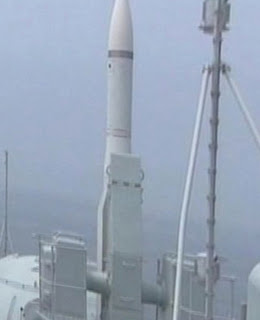 This naval exercise involved many other warships of the Chinese Navy and Wuhan (169) guided missile destroyers intercepted all the incoming targets. 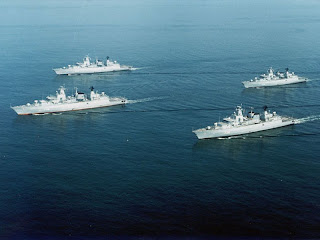 This exercise was designed to test the new traning mathods adopted by the sailors of the Chinese navy which has resulted in shortened the reaction time by 18 percent. 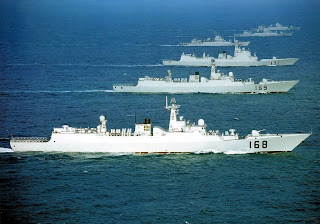 The Type 052B Wuhan is the second ship of the Guangzhou class which was launched in January 2003 and commissioned by the People's Liberation Army Navy in late 2004. 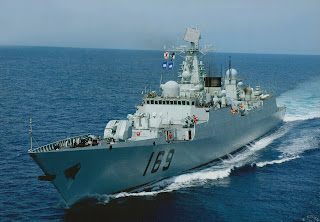 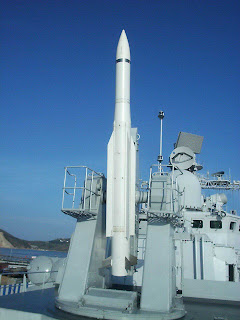 The Type 052B carries 2 missile launchers capable of firing the SA-N-12 Grizzly surface to air missiles. A total of 48 SA-N-12 Grizzly and 16 YJ-83 anti-ship cruise missiles are carried by the destroyer.
Posted by Mjaawad

The Chinese Navy is rapidly growing in size and in capability. It is good to see some other asian nations are also modernizing their navy and air force ( Malaysia, Singapore, Indonesia, Vietnam, Korea and Japan ). Unfortunatly other asian nations are struggleing to make progress. Thailand can not seem to get their hands on a submarine even though the German Type 206's and Korean 209's seem affordable. The Thais also need a small Jet force for their Carrier in order to make it worth the cost to operate it. The US has all of the former British Harriers and it seems like something could be worked out . Continued >

Continued> The Philippines especially are in need of military uppgrades. They are too stratically located to have such a weak navy and air force. One bright spot is the arrival of a Hamilton Class cutter ship from the US. If this ship were to be armed with Harpoon Launchers a triple tube Torpedo launcher and maybe a twin pedestal Stinger launcher on the stearn. This could be the first and only modern equipped naval vessel in the Philippines Navy. Hopefully the US will send two more of the Hamiltons to the Philippines. Maybe leave the Phaylanx anti air system on one of them and it would be fantastic if the Philippines could get a Rolling Airframe , Sparrow missile launcher on the final Hamilton to give them some true anti aircraft capability.

I have read that the Philipine President has asked the US. for refurbished surplus F 16 Jet fighters. I hope the US will provide these jets. The Philippines controls vital area of south east asia and they need to have jet fighters to control this space.

The philippines have to sell a lot of bananas to the chinese to be able buy the military hardwares they needed.

The philippines will have to export a lot of human flesh to get hold of all those expensive toys.