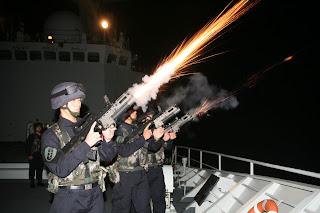 Operators of the People's Liberation Army's Naval Special Operations Forces onboard Type 04A frigate in the Gulf of Aden to protect Chinese vessels from pirate attacks. 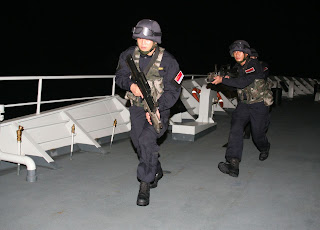 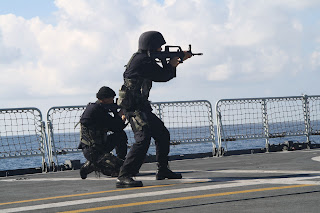 Chinese Navy has recently sent its Type 054A frigate (529) Zhoushan for escort mission off Somali coast. Zhoushan was commissioned on January 3, 2008. 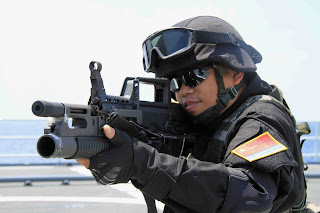 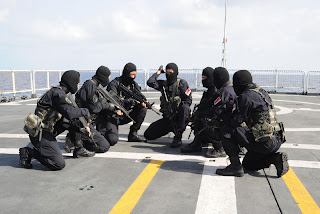 Operators of the Chinese Naval Special Operations Forces  training on the Type 054A frigate to counter the pirates' attempt to board other ships. 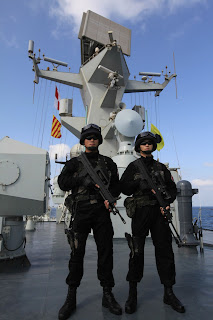 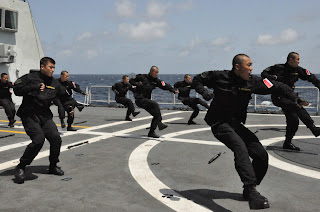 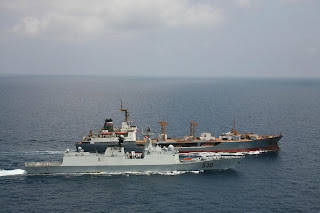 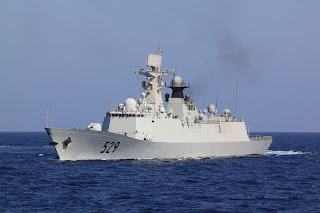 Type 054A frigate (529) Zhoushan of the Peoples Liberation Army Navy