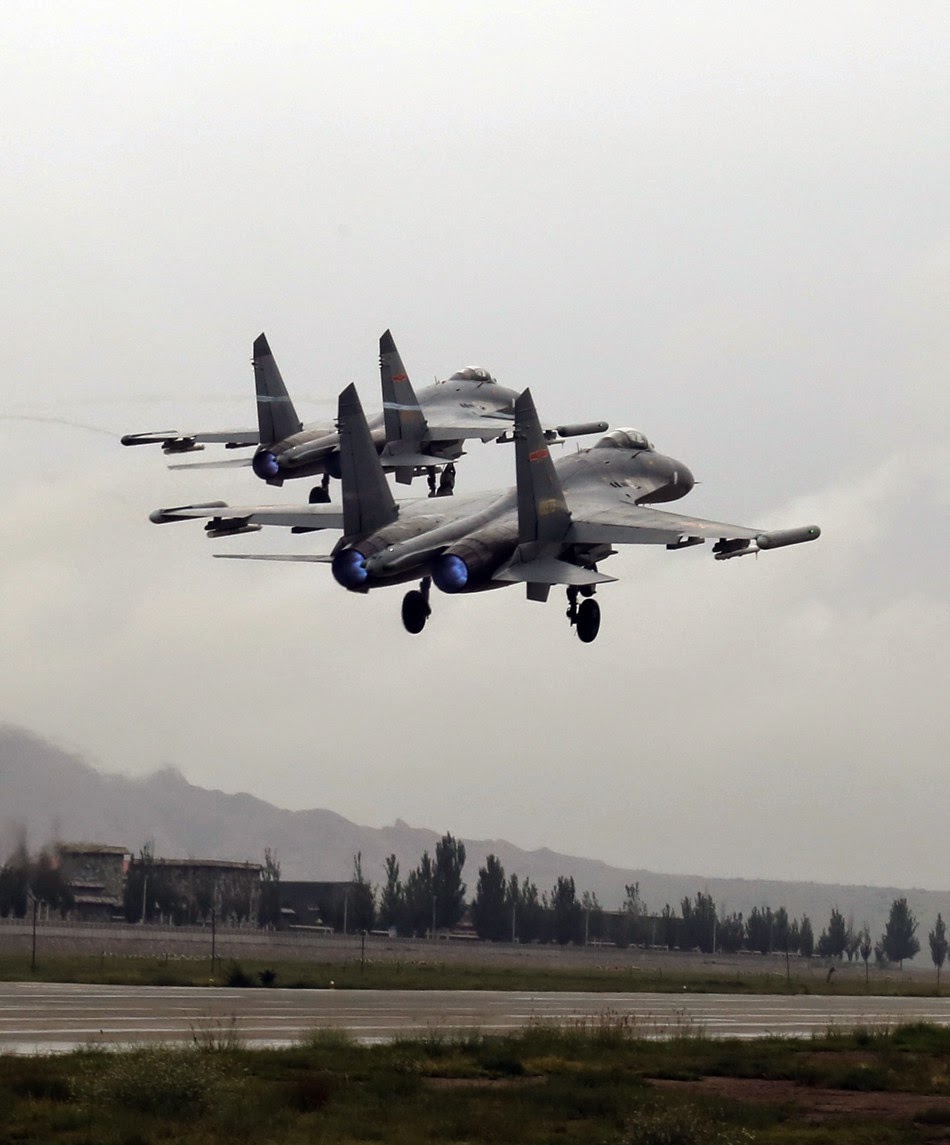 Recent images of J-11 Flanker fighter aircrafts in action during an exercise. Peoples Liberation Army Air Force operates J-11 as front-line fighter jet and it is broadly comparable to the American F-15C fighter jets. China started producing  J-11 Flankers under licence from Russia and now it has developed many advance versions of itusing indigenously produced avionics and weapons. 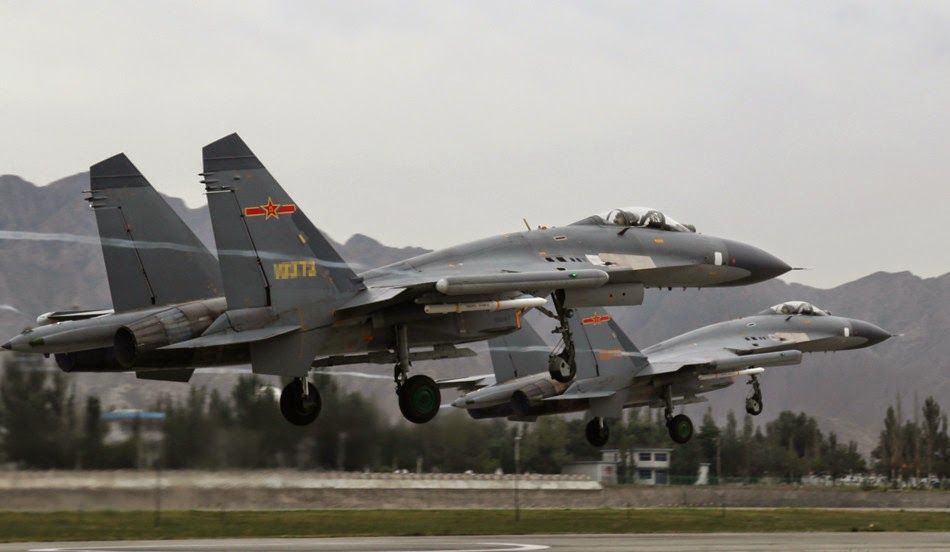 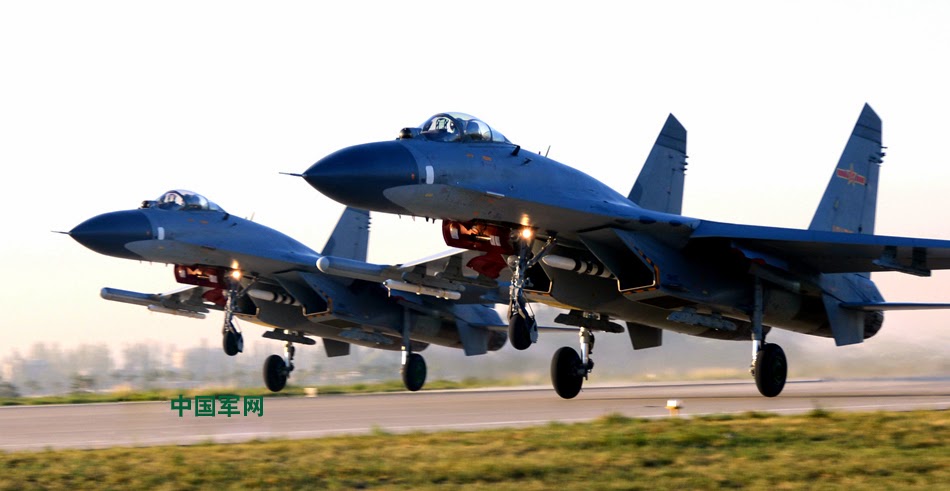 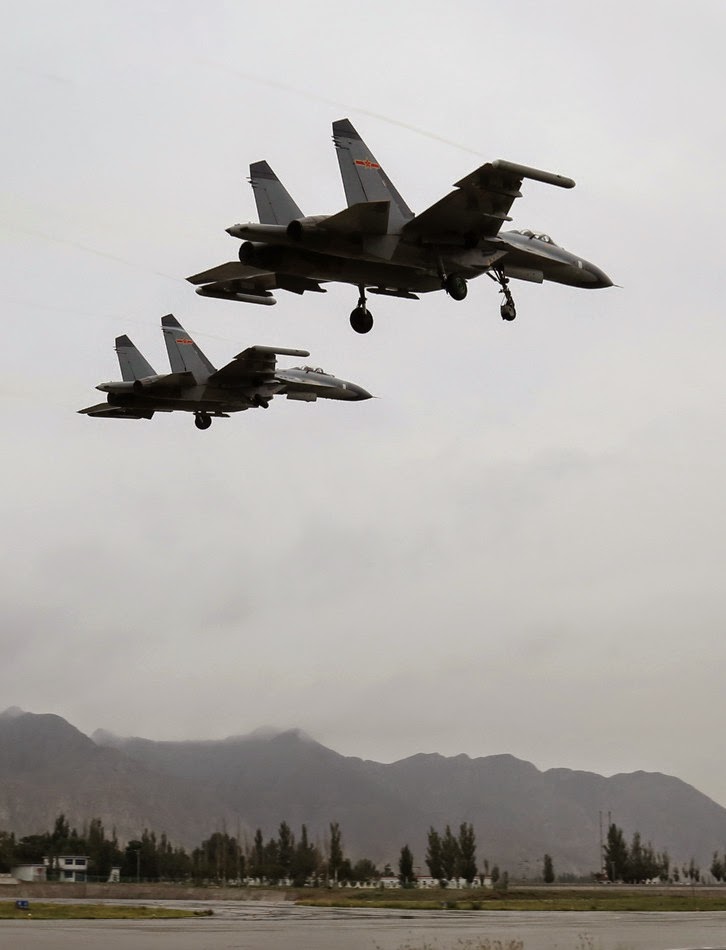 War is coming to China's doorsteps now or or more exactly in Sept 2014 .... as US today so very feverishly yearns at reliving / resurrecting its awesome past military glories of WW1 & WW2. Thus these J-11s ain't gonna last very long. It is better to rely on missiles - mountains and mountains AND more mountains of 'em.

Due to US's /Obama's and her allies' miscalculation, they are facing 2 standing foes now: ISIL and Russia. Will they dare to provoke the thrid one? Well, if US are nonsense as those saying "War is coming to China's doorsteps now or or more exactly in Sept 2014", the answer might be "Yes"