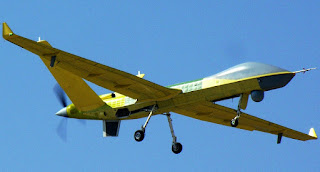 Image of first flight of Chinese Wing Loong II unmanned combat aerial vehicle (UCAV) has made headlines world wide. The Wing-Loong II UCAV is 11 meters long , 4.1 meters in height, and has wingspan of more than 20 m. 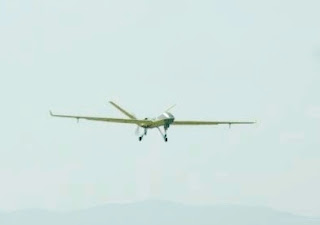 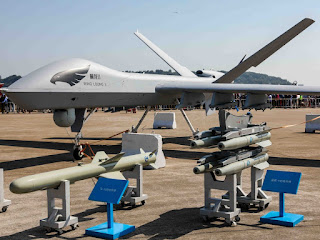 The Wing Loong II medium cruising altitude and long range (MALE) is designed by the Chengdu Aircraft Design and Research Institute (CADI) which is subsidiary of Chinese aviation giant AVIC. Thanks to a larger size and a new Chinese turboprop, Wing Loong II can carry optronic as well as a synthetic aperture radar. 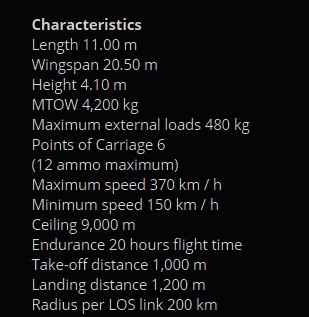 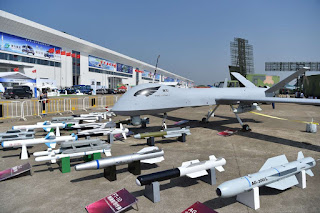 Production version of Wing-Loong II will have has a max take-off weight of 4.2 ton and it will be able to carry upto 480kg of payload including air to surface missiles with endurance of 20 hours. The Wing-Loong UAS can reach max altitude of  9000 meters with max speed of 340 kms per hour.
Posted by Mjaawad