This very interesting CGI as Chinese Air Force at this point in time does not operate any boom tanker. It remains to be seen if this has anything to do with the recent unveiling of the Y-20 heavy transport aircraft or its just a fan imagination. 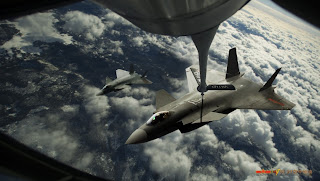